Thanks to the tourist and cultural offer of the city, its privileged climate throughout the year, and the mountainous landscape that combines with the friendliness of its people; more and more people want to spend their vacations in Medellín. 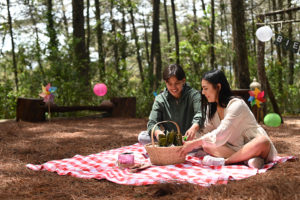 Plans in Medellín during the holidays

Medellín has a large tourist offer throughout the year, but the occupation of the city increases, above all, in rest periods: in the middle of the year, when the traditional Flower Fair takes place, and at the end , when the city lights itsChristmas Lighting, one of the most famous in the world; Both plans are considered unmissable within the cultural and vacation agenda in Medellín.

Discover the North Zone of Medellín

In the Universidad station of the Medellín Metro and in the heart of the North Zone of the city, several of the tourist sites of Medellín are gathered: The Desires Park, the Botanical Garden, the Explora Park, the Medellín Planetarium; among others.

The Botanical Garden of Medellín stands out because, along its 13 hectares, you can count more than 2,000 trees and unsurpassed biodiversity in the urban area of the city, which makes it one of its green lungs.

For its part, the Explora Park is an interactive science and technology museum that, among many other things, has one of the largest freshwater aquariums in South America, with a capacity of 580,000 liters of water you can see species such as the pirarucú , the second-largest freshwater fish in the world.

The Medellín Planetarium enchants with its digital dome through which it is possible to live high-quality immersive experiences through a journey through space sciences.

Other neighbors in the sector are: the Derires Park and the North Park, the first one is a public space where different activities are frequently held such as open-air film screenings, art exhibitions, and concerts; and the second, in addition to being the amusement park of Medellín, is an important venue for events such as music festivals, as well as the home of one of the largest intra-urban lakes in Latin America.

Arví Park is an Ecotourism Park in the township of Santa Elena from where it is possible to make tangible the limits of the urban and the rural within the same city.

Its more than 16,000 hectares of forest offer a significant natural space that offers the possibility of discovering the magic of its cultural and environmental wealth, its archaeological heritage, and the entrepreneurship of the people who inhabit the territory

Immerse yourself in the Water Museum and the Barefoot Park

The Water Museum is a thematic space of science, art, and technology, made up of nine rooms that invite you to appreciate the vital role of water for the planet, biodiversity, and daily life.

Its location is in the Barefoot Park, a thematic space created with the purpose of sensitizing its visitors “starting with their feet and ending with their spirit.” It is ideal for walking and relaxing, as it was designed as an urban oasis for the synergy between nature, freedom, and pleasant and welcoming encounters.

Enjoy the flavors of the world at Mercado del Río

Visiting the first gastronomic market in the country represents a culinary journey through different regions of Colombia and the world through a true pairing experience. Its more than 30 gastronomic offers, two breweries, and an exclusive place for wine lovers will conquer you from the moment you step on its entrance.

There are many plans to enjoy a vacation in Medellín and it only takes a little planning and creativity to let yourself be enveloped by a city where it is easy to breathe its essence through its tourist, cultural, gastronomic and entertainment offer.